About the Union
The Union of Free Evangelical and Baptist Churches of Estonia comprises 85 independent churches with 6513 registered members, Sunday School children and youth.

The Union came into being in 1945 as a result of the unification of four different free church movements – priilased (the „Freeists“), Baptists, evangeeliumi kristlased („Christians of the Gospel“), and Pentecostals –, forced by the Soviet authorities. Over the decades the Union has become an organic network of actively cooperating churches. As their common values the Union churches emphasize individual conversion and lifestyle guided by the New Testament, Christian fellowship in the church and universal responsibility in proclaiming the Good News.

The movements belonging to the Union trace their beginnings to the national awakening of the late 19th century, when two Swedish Lutheran schoolteachers and missionaries, Thorén and Österblom, started preaching in the schools of Noarootsi and Vormsi. Judging by the reception, we can be positive that the soul of the Estonian peasant was longing for a personal and simple faith. An increasing number of farmhouses became venues for prayer and studying the Bible, leading to independent communion services and the baptism of those who experienced conversion. In 1882 Ridala Priikogudus was born. The Free Church spontaneity and desire for an authentic experience of God is characteristic of the Union churches even today.

In 1884 the first Baptist churches were formed in Haapsalu, Kärdla, Tallinn, and Pärnu. According to the legislation of the Russian Empire they could only be registered as branches of the German-speaking Baptist Church in St Petersburg. Adam Reinhold Schiewe, pastor of the latter, helped organize the first churches in Estonia, baptizing 14 people in the Ungru River on 24 February, 1884. Within a few decades new churches sprang up all over Estonia, with singing choirs and vibrant Sunday schools and an ever more important publishing activity. Baptist churches were known for their good sermons. In 1900 the Estonian Baptist churches were recognized as an independent union.

The birth of the Free Churches of the Evangelical Christians is connected with the revival that started in Tallinn in 1905. The first leader of the movement was Johannes Rubinovich, a Jewish revivalist preacher, who called people to repentance, resulting in emotional contrition and experience of salvation. The beginning of the first church of this movement is traced to 1910. Later on, Eduard Lilienthal emerged as the movement’s leader.

Pentecostal churches became part of the Union as a result of their merging into the Free Churches of the Evangelical Christians in the final years of the first Estonian Republic, when they were not allowed to continue as an independent movement. Pentecostal ideas reached Estonia already at the turn of the century and the early 1900s.

More deliberate work started in 1920s through Swedish missionaries. The Pentecostal influence on the churches of the Union can be seen in their openness to the activity of the Holy Spirit.

The Soviet period was for the Union of Free Evangelical and Baptist Churches of Estonia „a melting pot in terms of self-conception and development of the union as a whole,“ writes Toivo Pilli in his book „Osaduses kasvanud“ . Since then the Union has been in constant movement and development.

In the new freedom of the late 1980s and early 1990s the churches started vibrant children’s and youth ministry (which was prohibited during the Soviet era) and took part in helping the needy members of the community, usually with the support of Finnish and Swedish Christians. In 1989 the theological seminary was reopened to train people for ministry. A new seminary building was erected in Tartu. Evangelism and mission were released from the constraints of state control, and new methods like the Alpha course were introduced.

Churches of Estonia formed in continuity with the existing union, with 80 churches and 5793 church members 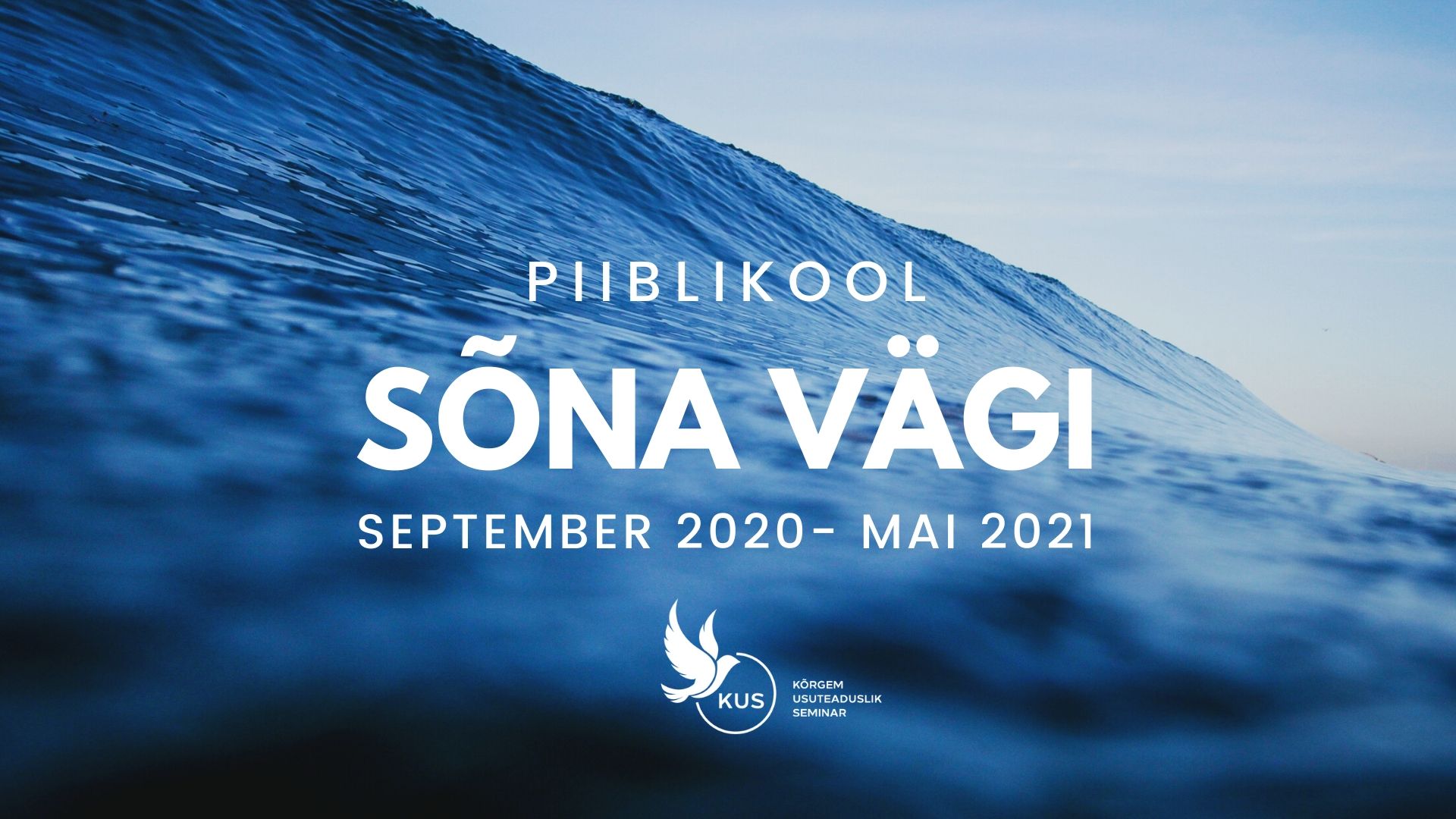